The Sound of Marching Boots...

It takes a lot to bring me out of semi-retirement. Especially considering that I have far more important things to do, like writing a dissertation. (OK, in the big picture I realize that my dissertation isn't all that important). It takes even more to get me to write about current Russian events, but when this story passed across my desk this morning it sent chills so far down my spine that I could not help noting it on the blog.

The story came from the September 24, 2007 edition of the Moscow Times and can be found (at least temporarily) here. The headline announces, "Nashi Brigades to Enforce Public Order." I won't get into the background and history of Nashi, as there are others who have already done that quite well. You might want to check out Sean's Russia Blog, which has some outstanding coverage of Russian youth organizations.

The pro-Kremlin youth organization, Nashi ("Ours"), has recently begun organizing volunteer patrol brigades to help "enforce public order." While some might argue that this is simply a large-scale form of the "neighborhood watch," there is plenty of evidence to suggest that something more sinister is lurking below the surface. Or at least the potential for something sinister.

Consider the following choice quotes from Nashi activists which appeared in the Moscow Times article:

*"'In December, volunteers will head out on their own to patrol the streets and help Moscow police to control the situation,' Nashi said in a statement posted on its web site."

*"We are taking a civic-minded position," Lobkov said outside the library. "We don't know what the opposition will plan, so we have to be ready."

*[The opposition movement "Other Russia"] plans to hold a Dissenters' March in central Moscow on Oct. 7 and hopes to attract 5,000. "It's no secret" that the Nashi patrols will be mobilized for the opposition rally, Lobkov said. Asked separately what specific threats the patrols would head off, teenage Nashi activists Svetlana, Yegor and Anastasia gave identical answers. "The opposition wants to destabilize Russia," each of them answered.

*A city law on the patrols allows volunteers to "take physical action" if a lawbreaker is "actively disobedient" or resists. The law allows force as a last resort and "within the boundaries of the right to necessary defense." Lobkov, however, said Nashi activists would not use physical force, a position echoed by city police spokeswoman Alevtina Belousova.

*"We will carry out appropriate countermeasures should our opponents take to the streets" said television personality Ivan Demidov, a leader of Young Guard, the youth wing of the pro-Kremlin party United Russia.

Perhaps most disturbing about these quotes and the movement they represent is the fact that these activists view opposition - any opposition - as destabilizing. Opposition to the Kremlin, they believe, is a threat to the state and to Russia. Their desire is not to tolerate competition in the "marketplace of ideas" that is characteristic of a liberal democratic society, but rather to control the spread of ideas which contradict their own. In other words, they are engaging in a policy of containment. Opposition to the Kremlin is a threat which must be contained. The disturbing part of all of this, of course, is the fact that under a functioning democracy opposition is viewed as not only desirable but absolutely necessary. A democracy without opposition is not much of a democracy at all! That opposition should be viewed as an evil threat which must be contained speaks volumes of the Nashistis' understanding of democracy and politics in general.

Disturbing as this might be, it has even greater implications for the future of Russia's political development. One key characteristic of any democratic regime is the presence of multiple centers of political power. In other words, a variety of institutions, organizations, and structures that operate independently to exert political power. This might include the traditional "checks and balances" of the American system, but it extends to other realms outside the traditional three brances of government (Executive, Legislative, and Judicial). For example, civic organizations can influence the political process, as can political parties, regional and local leaders, the media, even business people. Like it or not, lobbyists too are independent centers that exert influence on the political system and thus weild some form of political power.

The point of all of this is that under democracy there is a plurality of actors who can affect the political process. One of the defining characteristics of Putin's Russia, on the other hand, has been the gradual reduction in the number of politically influential spheres. One by one the independent centers of political power have had their wings clipped by a strengthening Kremlin. The president selects members of the Federation Council and governors. The elimination of single-member districts from the Duma electoral system make it literally impossible for independent politicians to serve in the Duma. The raising of the representation barrier in Duma elections from 5% to 7% has reduced the number of parties that are represented in the Duma. The marshalling of state resources for the benefit of United Russia has both weakened opposition parties while making the Duma itself a pliant extension of the Kremilin's arm. Independent nationwide media has come under government control while big business and the oligarchs who run them have been taught a valuable lesson by the example of Mikhail Khodorkovsky. NGOs and civil society organizations have been burdened by complicated re-registration procedures while sometimes facing the threat of being branded an "extremist organization" subject to liquidation. In short, there are fewer and fewer actors that can exert any sort of political influence, let alone serve as a viable opposition.

As independent political centers are reduced, ordinary citizens are left with fewer and fewer means by which they can make their views known and influence the politics of their country. There comes a point at which their views can be expressed in the only place left open and unregulated: the streets. Thus, rallies, demonstrations, and protests are the last stand for those who wish to influence the politics of an authoritarianizing regime. It is no coincidence that as Putin's Russia has become more autocratic we've seen an increase in the number, frequency, and intensity of political protests. Nothing else can capture the attention of the regime, and it is now clear that the Kremlin's attention has been captured.

It is also clear now why Nashi and its Kremlin backers are so fearful of opposition and see the need to enforce order: public protests are the last means by which their power and control are threatened, and it is a threat which - like the Duma, the Federation Council, political parties, independent media, civic organizations, and oligarchs - must be contained. Russia's leaders have stated on several occasions that an "Orange Revolution" will not take place in Russia. Nashi's activists seem determined to make sure of it.

And so, come this fall, the Nashisti will take to the streets in massive numbers to "carry out appropriate countermeasures" against the fifth column of Russian society, the democratic opposition. What is frightening is the language Nashi is using - this is the language of battle, the language of warfare. Though they deny that they will use physical force, they are permitted by law to use force if an individual is actively disobedient. Thus, any refusal to comply with a Nashi activist's instructions could be construed as active disobedience and worthy of physical force. While they may claim that no force will be used, this is hardly a credible claim from an organization that casts its mission on the streets in the language of violence. In the heat of "battle" do we really expect the Nashi brigades to maintain the discipline to refrain from using physical force? Certainly not. Nor can we expect oversight or justice for those who are injured at the hands of a Nashi activist "maintaining order." Can one really imagine the police taking the word of an opposition protester over that of a Nashi patriot?

And so, we have many new sounds to look forward to this fall in Russia: the sounds of boots marching in step, the sounds of skulls cracking on pavement, and perhaps most troubling, the sound of the final nail being pounded into the coffin of public protest and democratic opposition.
Posted by Rubashov at 9:52 PM

I have no doubt there are going to be some conflicts at the polls in Russia in this coming election cycle. There are parties on both sides ("liberal" opposition and Kremlin/powers that be) that are itching for conflict. They both see such this as affirming their particular points of view. For the Kremlin, it confirms dangerous outside forces are seeking to destabilize Russia. For the opposition, it confirms they are being suppressed. Both will work towards making their particular visions a reality.

However, there isn't any division of real power or checks and balances within the Russian political system as currrently constituted. And certainly Nashi threatening to stomp out any dissent is a problem, something that is going to get ugly.

It isn't quite time to be putting jackboots on the Kremlin yet.

Some good points, W. Thanks for the comments.

I would just point out that I didn't argue that democracy requires a plurality of opinions. Rather, I wrote that "under democracy there is a plurality of actors who can affect the political process." Actors - whether they be individuals, organizations, or institutions - is the key here. Regardless of the number of opinions on the menu, there need to be concrete actors that can wield political power and advocate ideas and opinions for their constituency.

Obviously, we might prefer certain actors and their constituencies for normative reasons - a political party or civic association that aggregates the preferences of citizens is perhaps preferable to an oligarch who is his own constituency. However, when things get really bad, I think even a bad opposition is better than no opposition at all...

Thanks for the great analysis. Please write more anytime you feel the need to procrastinate from your dissertation (not that you should be procrastinating)...

ok, so its a year later, and what alarms me is that people have posted without researching the Nashi themselves. to join the Nashi you have to tell the membership manager why you hate america. you have to declare that gary kasparov, opposition leader, is an american citizen.
'we are really lucky to have all these freedoms, we should be using them'
darkness at noon, should be compulsory reading (irony) 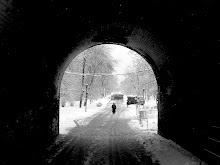 Welcome to Darkness at Noon, a blog of observations, musings, and reflections on my experiences in the former Soviet Union. Its purpose is twofold: to keep interested parties informed of my goings-on and to serve as a personal travel journal, as I have a tendency to forget things. In any case, I hope you find this interesting, or in the very least mildly entertaining.